The Companies Bill, 2012: A Pragmatic view

The Companies Bill, 2012: A Pragmatic view 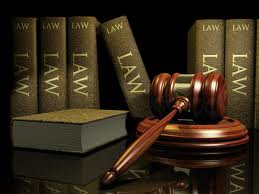 The Historic Companies Bill, 2012 was passed by Upper house “Rajyasabha” on Thursday i.e 8th August, 2013, replacing the nearly 60-year-old Indian Companies Act, 1956. The Bill was already approved by Lower House “Loksabha’ in December, 2012. Now once it receives presidential approval, draft rules for nearly 377 provisions of the Bill will be made public and new Companies Act, 2013 will come into existence and effect with MCA Notification.

When Companies Act, 1956 was legislated nearly 60 years ago, the economy of India was controlled economy but after that there is a paradigm shift in economic landscape of India resulting in more foreign investments, collaborations and joint ventures, so new and better corporate legislation was needed to fulfil the global expectations. The Companies Act, 1956 was though amended 25 times but it is not in harmony with today’s global economy and corporate segment. In last 100 years, it is the 2nd time new companies bill is legislated. All credit goes to Minister of State for Corporate Affairs, Mr. Sachin Pilot.

The new Companies Bill aims for:

The role of company secretaries will increase manifold along with other professionals like chartered accountants.  They will be recognized as key managerial personnel in a company along with the Managing Director/Whole time Director/CEO/CFO/COO and will be termed as “Chief Governance Officer” of the company. They will play major role in the areas of secretarial audit, corporate restructuring, insolvency matters, valuation, etc.

Though the new Companies Act will be in harmony with global corporate governance practices but lot of vagueness is there which needs clarity. During the debate on Companies Bill, 2012 in Rajyasabha on Thursday, some MP’s placed some important suggestions on various provisions of the Bill.

I am of the view that following provisions in the Companies Bill, 2012 really needs more attention and clarity. Ambiguity on applicability of these provisions can generate pragmatic challenges on the road ahead.

1. There are nearly 337 provisions in the new Companies Bill, 2012 for which rules are to be decided i.e subordinate legislation will come out. Rules are more difficult to understand by layman which may make new Companies Act more complicated. So rules should be drafted in very simplified and realistic manner which can be implemented in smooth manner.

2. As per clause 2(52), “listed company” means a company which has any of its securities listed on any recognized stock exchange. Clarity is needed on definition of “securities” as it has wider meaning and includes financial and investment instruments bought and sold in financial markets such as bonds, debentures, notes, options, shares and warrants.

3. Clause 131 of bill specifies that if it appears to the directors of a company that—(a) the financial statement of the company; or (b) the report of the Board, do not comply with the provisions of section 129 or section 134 they may prepare revised financial statement or a revised report in respect of any of the three preceding financial years after obtaining approval of the Tribunal on an application made by the company in such form and manner as may be prescribed and a copy of the order passed by the Tribunal shall be filed with the Registrar: Provided that the Tribunal shall give notice to the Central Government and the Income tax authorities and shall take into consideration the representations, if any, made by that Government or the authorities before passing any order under this section. This clause requires attention as it may happen that some fraudulent companies in order conceal their fraud in annual account of past years obtains order from tribunal for revision of their annual accounts. The revision of annual accounts should not be allowed or if needed, order should be passed in rarest cases.

4. As per clause 135(5) of the Bill, the Board of every prescribed company shall ensure that the company spends, in every financial year, at least two per cent. of the average net profits of the company made during the three immediately preceding financial years towards Corporate Social Responsibility (CSR) in pursuance of its Corporate Social Responsibility Policy and if the company fails to spend such amount, the Board shall, in its report made under clause (o) of sub-section (3) of section 134, specify the reasons for not spending the amount. No punishment or penal provisions is provided in the Bill if the board of company does not spend on CSR activities which is again matter of concern. It just has to specify the reasons in its board report for not spending the prescribed amount. Stricter view should be taken by the regulators on non compliance of this clause by companies and may prescribe that if any company is not able to spend amount on CSR activities in any particular year; it shall transfer certain percentage of net profits of specified fund. This clause needs revision for better implementation.

6.Statutory Auditors of the company are restricted to give certain services to its clients. More clarity is needed on restricted services.

9.There seems to be confusion or drafting error in clause 164 of the bill which deals with the provisions of the person not eligible for appointment as director and clause 167 which deals with provisions of vacation of office of director of the company. In clause 164 of the bill, that person shall not be qualified to be appointed as director if an order disqualifying him for appointment as a director has been passed by a court or Tribunal and the order is in force provided that this  disqualifications shall not take effect where an appeal or petition is preferred within thirty days as aforesaid against the conviction resulting in sentence or order, until expiry of seven days from the date on which such appeal or petition is disposed off and in clause 167, it is mentioned that director will vacate his office if  he is convicted by a court of any offence, whether involving moral turpitude or otherwise and sentenced in respect thereof to imprisonment for not less than six months: Provided that the office shall be vacated by the director even if he has filed an appeal against the order of such court.

10.Clause 166 of the Bill defines the duties of directors. It should be more elaborative and specify the list of activities in detail which will amount to breach of duties.

12.Clause 245 deals with Class action suits and specifies that member or members, depositor or depositors or any class of them can make application to Tribunal to claim damages or compensation or demand any other suitable action from or against the auditors, auditors firm, any expert, advisor, consultant or any other person for any incorrect or misleading statement made to the company. It may happen that some notorious members for sake of their personal interest files suits against auditors or consultants associated with the company which will create huge harassment for professionals and the issue of no of qualified reports by professionals will increase thereby increasing complex work burden of companies and government regulators. Further, if frivolous applications are filed by members against professionals, provision should be there for levying heavy fines on such members by the tribunals.

13.Harsh penalties are prescribed for auditors and their firms who are found guilty of professional misconduct. It needs revision. Whole audit firm should not be penalised for the misconduct of one partner.

14.More clarity on concept and working of “One Person Company” is needed.

15.Chairman plays an important role on board. Clause 104 of the Bill just specifies the provision of chairman of the meetings. For better corporate governance practices, more elaborate provisions regarding duties of chairman should be provided with a clause that chairman should be non executive without any substantial shareholding in the company to ensure his independence. Chairman who has substantial shareholding in the company may try to decide agenda of the board meeting in his personal interest and there will be always conflict of interest resulting in massive failure of corporate governance framework of the company.

16.Bill aims for enhanced shareholder’s democracy. All major transactions i.e intercorporate investments, guarantees, securities, related party transactions needs approval of shareholders. It may happen that some notorious shareholders will harass the companies in giving consent on important matters and play mischiefs for satisfying their personal interest. So more detail clarity is needed on this provision for curbing this issue.

17.Listed companies will have two regulators now i.e Ministry of Corporate Affairs and SEBI, which will create conflicts. For eg. There is a deviation in the provision regarding independent directors’ appointment in New Companies Bill and Listing Agreement. Further, there is also a deviation between New Companies Bill and Sebi Consultative Paper on Review of Corporate Governance Norms in India regarding implementation of Corporate Governance Practices. Alignment is needed between both authorities in framing Rules and Regulations.

19.Companies Bill has given immunity to independent directors against the consequences for violation of provisions of new Companies Act if the said violation /omission are done by the company without their knowledge and consent and not through proper board process. Clarity is needed on extent of their liability if company has violated provisions of other Acts i.e Income Tax Act, PF, Negotiable Instruments, Labour laws, etc.

I have tried to compile the issues which may become major challenges in future during implementation of the new Companies Act.

Your valuable views are solicited!

This website is meant solely for the purpose of information and not for the purpose of advertising. Shilpi Thapar & Associates(STA) does not intend to solicit clients through this website. We don’t  take responsibility for decisions taken by the reader based solely on the information provided in the website. By clicking on “ENTER” the visitor acknowledges that the information provided in the website does not amount to advertising or solicitation and is meant only for his/her understanding about our activities and who we are.